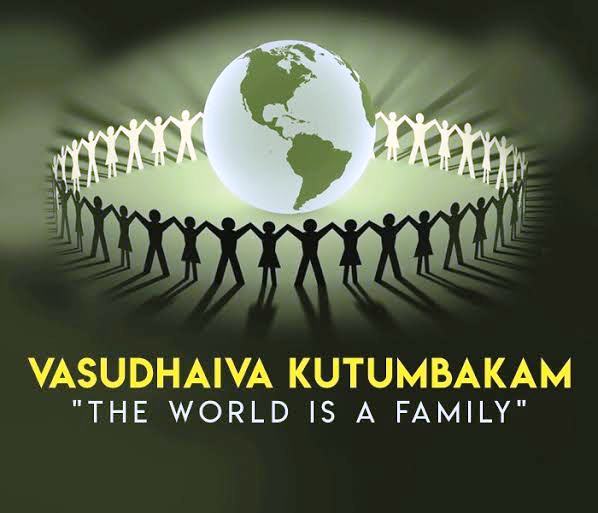 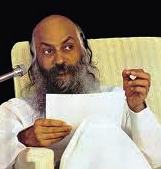 Osho - I remembered about the original Shankaracharya, Adi Shankaracharya. He is a predecessor of nearly fourteen hundred years ago. He died a young man, he died when he was thirty-three. He created a new tradition of sannyasins, he created four temples in all the four directions, and he appointed four shankaracharyas, one for each direction.

I remembered about him that he traveled all over the country defeating great, well-known philosophers -- that was in a totally different atmosphere. One great philosopher was Mandan Mishra; he had a great following. Still in his memory a town exists. I have been there many times. It is on a beautiful bank of the Narmada, one of the most beautiful rivers.

That is the place where the river descends from the mountains, so it has tremendous beauty. The city is called Mandala, in memory of Mandan Mishra. Shankara must have been at the age of thirty when he reached Mandala. Just on the outskirts of the town, by a well, a few women were drawing water. He asked them, "I want to know where the great philosopher Mandan Mishra lives."

Those women started giggling and they said, "Don't be worried, you just go inside. You will find it."
Shankara said, "How will I find it?"

They said, "You will find it, because even the parrots around his house -- he has a big garden and there are so many parrots in the garden -- they repeat poetries from the UPANISHADS, from the VEDAS. If you hear parrots repeating, singing beautiful poetries from the Upanishads, you can be certain that this is the house of Mandan Mishra."

Old Mandan Mishra looked at the young man and he said, "You are too young and I feel a little hesitant whether to accept this challenge or not. But if you are insistent, then there is no way; I have to accept it. But it does not look right that a seventy year old man who has fought thousands of debates should be fighting with a young man of thirty.

But to balance, I would suggest one thing" -- and this was the atmosphere that has a tremendous value -- "to substitute, I will give you the chance to choose the judge who will decide. So you find a judge. You are too young, and I feel that if you are defeated at least you should have the satisfaction that the judge was your choice."

Now where to find a judge? The young man had heard much about Mandan Mishra's wife. Her name was Bharti. She was also old, sixty-five. He said, "I will choose your wife to be the judge."

This is the atmosphere, so human, so loving. First Mandan Mishra gave him the chance to choose, and then Shankara chose Maridan Mishra's own wife! And Bharti said, "But this is not right, I'm his wife, and if you are defeated you may think it is because I may have been prejudiced, favorable towards my husband."

Shankara said, "There is no question of any suspicion. I have heard much about your sincerity. If I'm defeated, I'm defeated. And I know perfectly well if your husband is defeated, you will be the last person to hide the fact."

Six months it took for the discussion. On each single point that man has thought about they quarreled, argued, quoted, interpreted, and after six months the wife said, "Shankara is declared victorious. Mandan Mishra is defeated."

Thousands of people were listening for these six months. It was a great experience to listen to these two so refined logicians, and this was a tremendous experience, that the wife declared Shankara to be the winner. There was great silence a for few moments, and then Bharti said, "But remember that you are only half a winner, because according to the scriptures the wife and husband makes one whole. I'm half of Mandan Mishra. You have defeated one half; now you will have to discuss with me."

Shankara was at a loss. For six months he had tried so hard; many times he had been thinking of giving up -- the old man was really very sharp even in his old age. Nobody has been able to stand against Shankara for six months, and now the wife says his victory is only half. Bharti said, "But I will also give you the chance to choose your judge."

He said, "Where am I going to find a better judge than Mandan Mishra? You are such simple and fair and sincere people. But Bharti was very clever, more clever than Shankara had imagined, because she started asking questions about the science of sex.

Shankara said, "Forgive me, I am a celibate and I don't know anything about sex."

Bharti said, "Then you will have to accept your defeat, or if you want some time to study and experience, I'm willing to give you some time."

He was caught in such a strange situation; he asked for six months and six months were given. "You can go and learn as much as you can because this will be the subject to begin with, then later on, other subjects. It is not easy," Bharti said, "to beat Mandan Mishra. But that half was easier! I am a much harder woman. If I can declare the defeat of my husband, you can understand that I am a hard woman. It is not going to be easy. If you feel afraid don't come back; otherwise we will wait for six months."