Mukul’s words kept replaying in Naina’s mind. She could not believe her ears. She was devastated to know what Mukul thinks about her. Up until now she believed that she was Mukul’s pillar of strength as they both stood many tests of time holding on to each other. Their disagreements never made a way into their love life. Her eyes were flooded with tears that she almost fainted.

Regaining consciousness, now calm and composed, Naina replayed the movie of her life in her mind.

Mukul and Naina were school mates. But their life took separate turns after they passed out from school. Nearly after a decade, one afternoon on a rainy day, they bumped into each other on a busy street of a local market. Back then neither of them knew that their future was pre-destined. Within few months of knowing each other afresh, they decided to get married.

Life seemed a bed of roses as both had high expectations of love from the other. They were so mesmerised by the very fact of being together that reality of life seemed nothing beyond a fairytale.

Months passed by and years took over. They became parents to 3 lovely kids. But the baggage of responsibilities took toll on their relationship. Conversations turned into arguments, fights became a regular activity in their life. Their actions were now governed by their levels of frustration which at times were unexplainable.

Result of which was the statement that Mukul had made today. Naina was unaware of what went down Mukul’s mind that made him so rude and distanced. Naina’s first reaction was walking out of the relationship by filing a divorce. She even considered suicide not once but n number of times; and every time she was over powered by the thought of leaving her children alone in this big bad world.

She was aware of her husband’s strained relationship with his parents much before they got engaged. The fact that Naina was not happily accepted in the family was also not hidden from her. Naina’s mother-in-law grew insecure of her as she was Mukul’s choice. After marriage she tried to bridge the gap but failed to an extent that Mukul and Naina had to finally take a call of moving out from the joint family structure in search of a peaceful living.

Life had its share of ups and downs for Naina and Mukul too. But their love and understanding seemed to keep them together.

Then what had dawned upon Mukul that he did not think twice before blurting the harsh words out his mouth. He forgot all the times when Naina stood by him, believed in his calibre, motivated him to be the best version of himself, held his hands when he felt weak, mended his broken heart; more so that unknowingly Naina had started to live his life in her body.

Naina was upset. She was hurt. She was vulnerable. For, by now, she had forgotten that she was another individual with specific choices, desires and needs.

A day passed by. Naina and Mukul did not speak to each other; as if everything was said n done between them. A day turned into days and the silence became calmer just like it is after a storm.

Naina took this opportunity to retrospect about her life. She was now in her mid 40’s and had become an ancient history to herself.

By now she had realized, love was not enough to keep her going in this relationship; Marriage is more than love. It is acknowledging that two people in an alliance are different individuals with an opinion of their own that are framed according to their life experiences. Marriage is also a two way route of give and take.

She had given upon her dreams, her aspirations and her preferences without regrets.

Now was the moment to take her pride back. She wanted to return in her most loved relationship feeling equal. Naina began digging deep in her heart with a hope to find the little girl she had lost long ago. She started to paint her dreams, take accountability for her actions. The greatest lesson she learnt from her turmoil was to learn to say ‘No’ at the right time, even if it does not feel good to the other. Complying by saying ‘Yes’ to everything makes you no more than a door mat.

Naina recounted all the good times she had spent with Mukul. She came to terms with the fact that her happiness is her own responsibility. Her suffering is her own formation.

Similarly, what Mukul was going through was a world of his creation. Blaming Naina for his failures and separation from his family was merely a way to escape facing the repercussions of one’s actions.

Naina decided to take a step back and stop being Mukul’s punching bag.

She knew Mukul had gone too far this time with his words and that their relationship will never be the same again. Naina had already forgiven Mukul for forgiveness she knew he will never ask for. She loved him then. She loved him still, but this time she had learnt to love and respect herself equally. 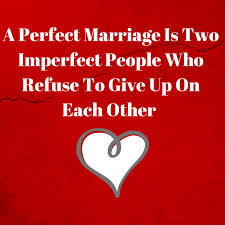