A happy heart gives a happy abode to God. 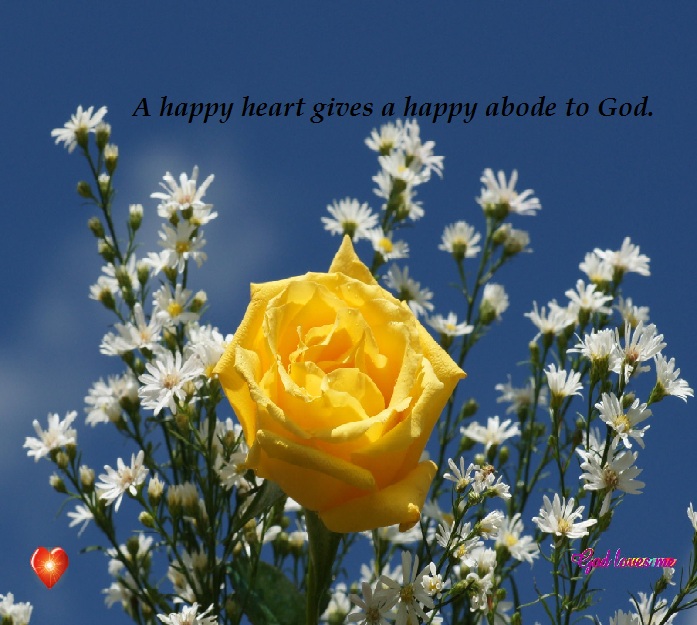 Few days back, I went to meet someone, when I entered there the scene was not very pleasant. I had to sit there, however, I was feeling very uncomfirtable because of the arguments which I could hear from another room. I felt liek I was stuck and I wanted to get out of that house ASAP. This happens when we do not enter into a pleasant situation. Now, let's…

Surrender your life to God and then let him do his work. 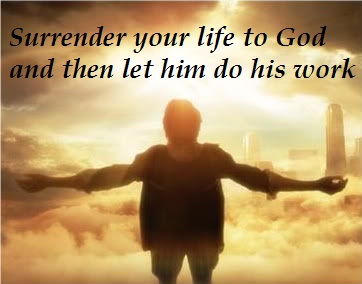 Love is a state of awareness in which you realize own truth.

I am often asked this question that what is love and when most of the people ask me this question they are limited to the love for one person be it their spouse, mother, father, friend etc. However, they have a distorted perception or very limited perception of love. First of love is not an emotion, it gives rises to many emotions. A person who is in love experiences all the emotions which exist, from hate to love and from happiness to pain. A person who has experienced love will always be…

My ego is not above the love between you and me. 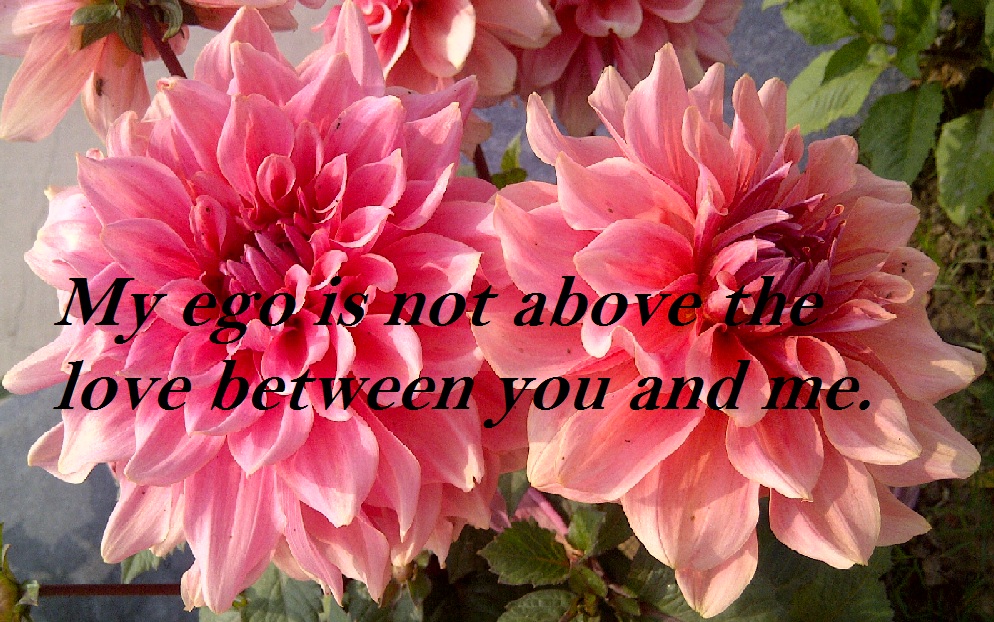 Ego is so mysterious and it has reached the deepest of our creation. Even when we think we are working on ego and… I went to my home town and was sitting with my cousins. They were demeaning people from other religions. The way they were talking about them I felt like they feel they are some superior breed and rest are not.  How judgemental. Then I was sitting with few well educated people and even they ahve similar attitude. They were not deameaning others but still they were trying to…

The Most Profound Discovery

The most profound discovery that I’ve made in my life is that it is possible to be free. The outrageous claims of history’s greatest mystics and realizers about our potential to experience higher consciousness are absolutely true. And having no doubt about this alone can change everything!

The Buddha’s profound Enlightenment, the liberating love of God that Jesus passionately preached to the masses, the moral imperative in the…

Q: What the biggest spiritual and existential challenge facing India’s next generation?

A: In my opinion, the biggest existential challenge facing India’s young people today is to think for themselves about who they really are, what they’re doing, and why they’re doing it. In the amazing economic and technological upsurge of modern India, where there is so much promise, millions of young people all seem to be getting on the same train. They appear to be…

What do we get by hating someone? There are a number of psychic readings that can be practiced by a clairvoyant. These folks can be found at psychic fairs, or the readings can be completed over the cellphone or in the residence. There are a lot of ads to be discovered in papers and magazines.

As a result a little bit of investigation into the several methods may possibly support to shed some mild on the predicament and luckily fortune telling is something that is still fairly alive and robust nowadays. A lot of… 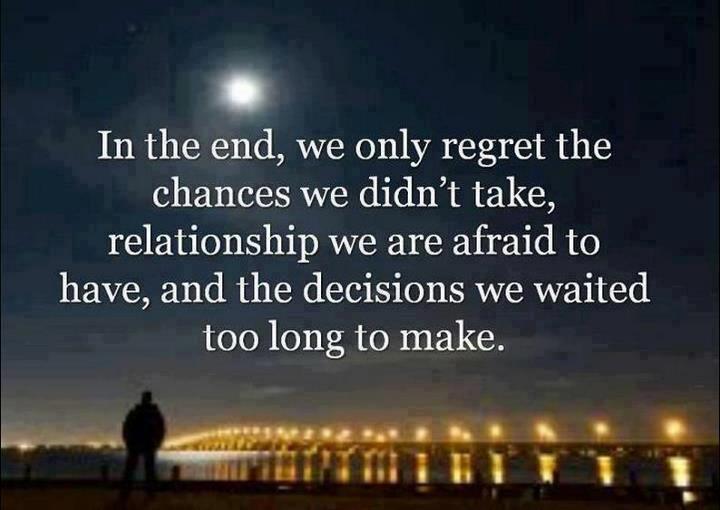 One young academically excellent person went to apply for a managerial position in a big company.

Why Bhagwad Gita was given at this time?

Battle of Mahabharta was fought on the cusp of Dwapar Yuga and Kalyuga. Before this time people were already evolved and living a spiritual life. However, people need more direction in kalyuga as they get more influenced by external desires and Indriyan. So God made sure he delivered his message before Kalyuga started.

There are two paths or Margas in life to be followed.

Bollywood stars on the silver screen play larger than life roles. They jump from the tallest of buildings, combat bad guys, rescue the nation and still emerging unhurt from the deadliest of situations. They dance on moving trains, diffuse the most complex of bombs, fly fighter jets without training , kill a dozen bad guys, a life where imagination is another name for reality. Infact  they behave like  a super humans!!!!