Who says slavery has been abolished?

Who says slavery has been abolished?

A MUST READ FOR ALL THOSE IN THE CLUTCHES OF NEW AGE SLAVERY. 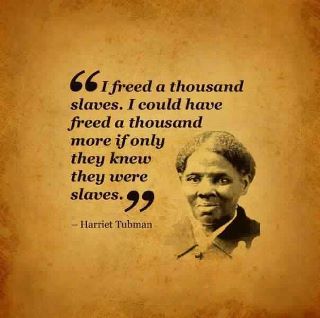 For those who hide their blindness behind shades, their lameness behind the chairs they sit and their poverty behind their pay checks.
And also for those who are guilty of abetting slavery by subordinating themselves to be enslaved by the callousness of institutional authority, selling their conscience of Being Human to feed their greed.

Invest the blind with a semblance of authority, and they will pluck the eyes of all the seeing,
even the eyes of those who labor hard to make them see.

Give a slave his way but for a day, and he will turn the world into a world of slaves. The first
he would flail and fetter would be the ones who toil incessantly to set him free.

All world authority, whatever be its source, is counterfeit. Therefore it clicks its spurs, and
brandishes the sword, and rides in boisterous pomp and glittering ceremony that none may dare
look into its false heart. Its shaky throne it mounts on gun and spears. Its vanity-swept soul it
decorates with fear-inspiring amulets and necromantic emblems that the eyes of the curious
may not behold its wretched poverty

Such an authority is both a blind and a curse to the man who craves to exercise it. It would
maintain itself at any cost, even the fearful cost of destroying the man himself and those who
accept his authority, and those who oppose it as well.

Because of their lust for authority men are in constant turmoil. Those in authority are ever
fighting to maintain it. Those out of authority are ever struggling to snatch it from the hands of
those who hold it. While Man, the God in swaddling-bands, is trampled under foot and hoof
and left on the field of battle unnoticed, unattended and unsolved.

So furious is the fight, and so blood crazed the fighters that none, alas, would stop to lift the
painted mask off the face of the spurious bride and expose her monstrous ugliness to all.
Believe, O monks, that no authority is worth the flutter of an eyelash, except the authority of
Holy Understanding which is priceless. For that no sacrifice is great. Attain it once, and you
shall hold it to the end of Time. And it shall charge your words with more power than all the
armies of the world can ever command; and it shall bless your deeds with more beneficence
than all the world authorities combined can ever dream of bringing to the world.


For Understanding is its own shield; its strong arm is Love. It neither persecutes nor
tyrannizes, but like unto dew it falls upon the arid hearts of men; and those who reject it, it
blesses no less than those who drink it in. Because too certain of its inner force, is has recourse
to no external force. Because too fearless, it shuns the use of fear as a weapon for imposing
itself on any man.

Has it not always been that the weak would combine to protect their weakness? Thus world’s
authority and world’s brute force go hand in hand under the lash of Fear and pay their daily tax
to Ignorance in wars and blood and tears. And ignorance benignly smiles on all and says to
them, ‘Well done!’
~ An excerpt from The Book of Mirdad, by Mikhail Naimy 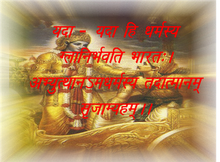 If this excerpt stirs you in your comfort zones and makes your blood boil in the crib of complacency then launch the missile of Understanding to touch all those enslaved and enslaving around you with the war-head of Love.

This applies to all institutional authority - starting from familial, to social, to regional, to religious, to political and of economical.

This is a reality gifted to us to rise to the occasion and call upon Understanding with its strong arm of Love - for self and the other - to deliver both the slaves and the masters (who are themselves also slaves) unto freedom.