It doesn’t take a rocket scientist to acknowledge that illness is annoying – and it can be difficult to run the show in life when you fall sick. What if, instead of having to run to the doctor or pop a pill, or even lose your strength and get upset, you could address illness yourself? What if you yourself had the tools to get better, and that you could actually use them to feel better?

ACE, or Advanced Clearing Energetics is one such tool. It works regardless of whether a client shares out loud, or even thinks quietly about whatever issues surface in their mind while sitting with the practitioner who works on her. ACE offers the practitioner the luxury of staying out of the detailed drama that comes up for a client and helps them focus on that energy as a whole entity. After that, it can be cleared out. ACE is truly a revolutionary technique and can help one clear some of the most difficult issues that come from the past – things that you may have never even told anyone, and may have encountered. All this, without even having to reveal the issue in the first place. 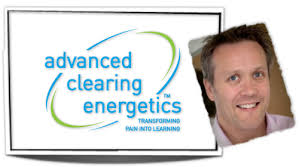 The science behind this is simple. Energy is trapped in the body when there occurs a shock, or a series of stressful events and the person experiences that. Whatever it is that we define and call as sickness is only a part of a rather meaningful process. It is an unconscious adaption to stress or the body’s own effort to regenerate from it. We can use symptoms that we have as hints, in order to better understand and take care of ourselves and the way we function. This will show up later as disease, or emotional or psychological problems, or some other issue or complaint.
Let me explain this with a skin issue for an example. Now, the outer skin layer, also called the epidermis, separates us from the external world. This is why we can get symptoms of eczema after a loss–of–contact conflict. Once, a young woman came to see me. She had a fight with her fiancé, and returned the bracelet he had given her as a token of his love. She told her mother about this, and her mother told her to give him a second chance, to hear him out and to patch things up. A few days later, she met her fiance’s sister, who told her that she had misunderstood the whole incident. What had happened was, that he had cancelled dinner plans with her saying he had work – forgetting to mention he had a work meeting over dinner. She decided to go for dinner anyway by herself, and saw him with another woman, eating. She thought he was cheating on her, but the truth was, it was his colleague he had to meet with. She got back with him, and when he put the bracelet back on her wrist, she developed red swollen and painful eczema in that area. When she was fighting with him, there was no redness whatsoever.

ACE can help us understand 'Why We Get Sick.' It shows us a step by step process that almost every disease takes. ACE also offers strategies that can help uncover the root problem and allows one to learn from the event, transform the experience it, and clear the issue. Sometimes, this is done in minutes, sometimes, longer.
Once the impact is gone, your body starts to heal itself. Remember – this is nothing out of the ordinary. The body knows how to heal itself. It also knows that there is a meaning behind every symptom. It also knows that emotional shocks and stressors are the cause of most illnesses.