The SECRET Of Permanent Change! 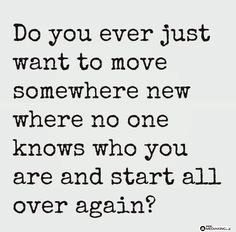 There is a story of a traveler walking across vast distances who got tired and stopped by a farm to get a drink of water. When he entered the farm he saw a dog who was whimpering and crying slowly whilst laying on the floor.

The owner came out and the traveler asked him for the glass of water. The owner went to get it and the traveler noticed that the dog still kept crying while laying on the floor. When the owner returned with the water, the traveler drank it and said, "You know I have been noticing, your dog has been crying all this time. Why is that? Is he sick or something?"

The owner said, "Have you not noticed, the dog is lying on a bag of nails!"

The traveler exclaimed, "Oh yes! How could I miss that? But if the bag of nails is hurting him why does he not get up?!"

This is the story of our lives!

Inspiration: This usually works the best on people who are already actively looking to improve their performance or those who are passionate about doing something great but just demotivated and upset about something. Inspiring them or addressing the root cause of their complaints will make them passionate, contributing employees once again.

Desperation is a state where the only choice you have is to change because you are left with no other choice.

If you are told you will be fired in a month if you don’t raise your performance at work and you have no savings and have a family to feed, you are in a state of desperation, you have GOT to change or your family will starve.

If you get a heart attack because of your smoking and you are desperate to survive for the sake of your family, you will quit smoking, because the only other choice is leaving your family without a bread winner.

Suppose there are two cliffs separated by a river filled with hungry crocodiles. On one side of the cliff, everyone is in their comfort zone, leading a somewhat miserable life where they whine and complain, but still largely indifferent to trying to change. On the other cliff, there is greatness, all the dreams they ever wanted lie on the second cliff. One could technically jump to the other side of the cliff, but it is highly risky. Knowing that everything they want is on the second cliff, how many people will make the jump?

The answer is, close to zero.

Now let's say there was an invasion on the first cliff by a group that was killing everyone on that side of the cliff. Those people could now either stay on the cliff and certainly die or they could make the jump and probably die. How many people would make the jump now?

The answer is almost everybody.

People actively decide to make a change only when the pain of not changing becomes greater than the pain of changing!

The Question Is How Much Pain Are You In?