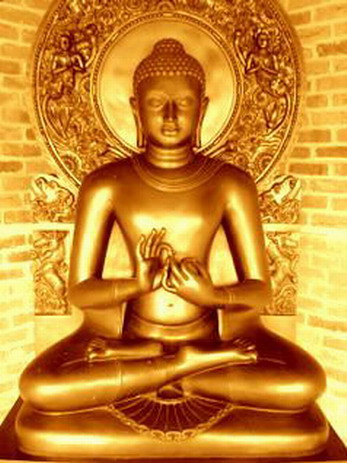 This essay is devoted to the Animal Rights movement, its essence and tools. Social movement is a group of people who due to coincident ideology try to achieve certain general purposes. A movement is not simply a crowd which does not possess organizational and motivational structure able to prove membership through the periods of inactivity and expectation. As a matter of fact, the crowd approach is useless in achieving communication and managing an activity over a vast area, such as a nation or continent. A movement is a compound of organization and spontaneity.

Social movements are divided into four types, namely conservative, revisionary, revolutionary and reactionary. They have certain similarities and differences depending on their purposes, methods, and the level of the desirable change. The conservative type of social movement keeps the status quo and long-established values. An example is the Religious Right, which is trying to protect conventional religion and family values. A revisionary social movement strives for restricted or incomplete change as resistant to the complete observation of the ruling order. An example of a revisionary social movement can be a contemporary women’s movement. This type of social movement concentrates on one problem and commonly functions within the system by using lawful means. Revolutionary social movements are the most radical, particularly by seeking complete change of existing current power structure, such as the American Revolutionary War. Reactionary movements are usually perceived as a threat to the status quo and values from the past. An example is the Ku Klux Klan's effort to reconstruct the institutional racism of United States history.

A sufficient movement in the beginning of 19th century was directed to prevent cruel treatment towards animals which grew near the humanitarian course that advanced human rights. That movement was characterized by numerous attempts to stop violent treatment to animals. It included a bill directed to stop bull-baiting, an act preventing violence to such horses and cattle; organization of Society for the Prevention of Cruelty to Animals (SPCA) in order to enforce the law. Other SPCAs and Humane Societies were established in the U.S. in the late 1860s with abolitionists support that began to create animal shelters according to a Philadelphian developed model. The American Humane Association (AHA) became the leading national association adherent for animal protection. Opposition grew to the use of animals in medical laboratory research as the scientific approach to medicine developed.The anti-vivisection movement was sufficient in England and the United States in the 1890s but was destructed by the prestigious scientific medicine by the early twentieth century.The humanitarian movement concentrated more on dogs and cats as the use of horses ceased performing.Audubon Societies moved the center of action to the protection of wild animals and birds. After the World War II, the decrease of the agricultural way of life, the growth of wealthy suburbs, and the rising number of older independent people increased evaluation of dogs and cats as friend animals. Humanitarian groups prospered on this widening base of pet lovers.The growth of humanitarian organizations caused conflicts among leaders concerning the approaches of animal protection and devastating public support. In 1959, Helen Jones founded the International Society for Animal Rights; Cleveland Amory started up his Fund for Animals in 1967, and in 1968 Belton Muras formed the Animal Protection Institute. Following the growing interest in primates, Shirley McGreal formed the International Primate Protection League in 1973.The humanitarian movement had been based mainly on beneficent sentimentalism toward animals.Animal rights activists applied direct action approaches of other movements to resist scientific experiments on animals using fur, plant farming, and hunting. Greenpeace and the Sea Shepherd Society presented how to pay attention to sea mammals and other endangered species.Some sufficient animal protection victories in the 1970s and 80s were the consequence of coalescence.The restored animal rights movement is still in its early period of development.Opposition is still harsh concerning experiments under animals, hunting, zoos and circuses, and fur.

In conclusion, the social movement concerning animal protection is considered to be resistant. Actually, many groups of people were and are indifferent to cruelty and violence towards both domestic and wild animals. Mostly, animal lovers fight against the scientific experiments and fur usage. Numerous societies founded long ago and calling to protect animals still develop their anti-cruel activities. This article was written by Tim Kalkin . More my works here https://essays-service.com/