“The New Code is a set of patterns developed in the mid - 80s by myself John Grinder with contributions initially by Judith Delozier and subsequently by Carmen Bostic St. Clair. The motivations for the creation of the New Code are multiple and include a recognition that the coding of patterning I accomplished with Richard Bandler in the creation of NLP contained a number of serious coding flaws.”

As compared to NLP (created by Grinder,Bandler and Pucelik in 1970’s), in New Code NLP, we find that:

“Further, experiences with these patterns of unconscious access seem to lead to what we have come to call the disciplined know-nothing state.

One of the fundamental strategies behind the new code was to develop a set of activities or games which lead naturally to the activation in the player of a content free, high performance state

The New Code NLP takes the design variables of the classic code format (NLP of 1970's- created by Grinder, Bandler & Pucelik) to the extreme for example the resource state in the New Code are created by a game or task that activates a content free high performance state which has no historical experiences attached. A fundamental aspect of New Code NLP is creating choice in your own life to freely have access to high performance states."

He is a member of ITA – International Trainers Academy (Founded by John Grinder). The mission of the ITA is to provide highest quality of NLP Training to participants across the globe. 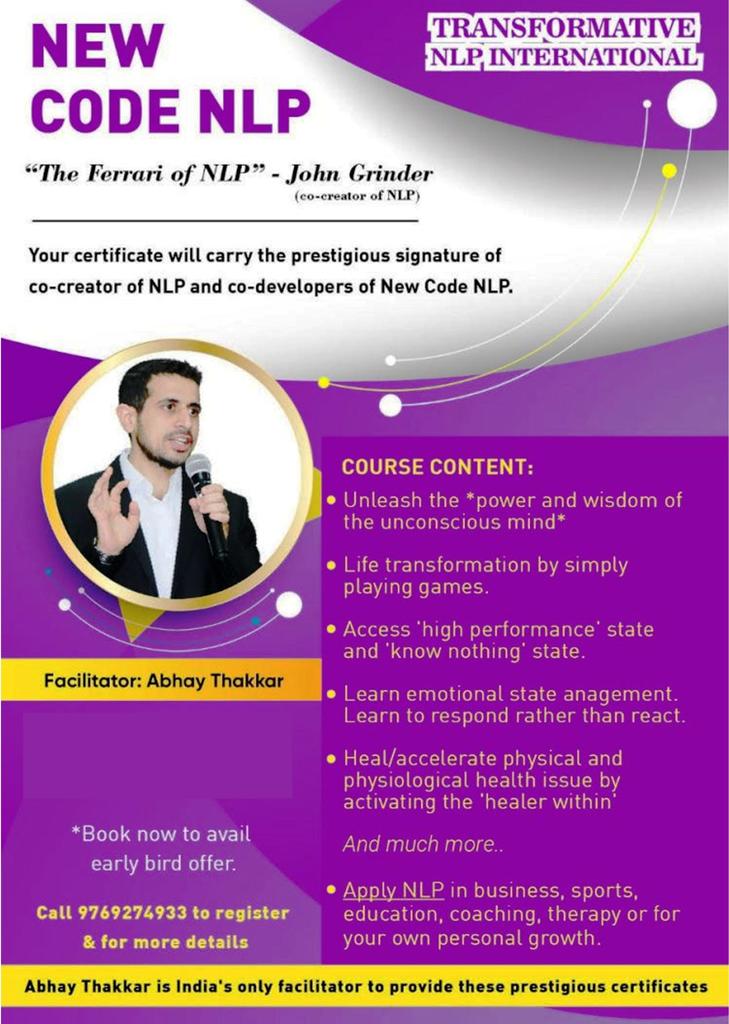