Tracing the words back to the days of my rearing, now I could relate. There were screams and shouts; fights and arguments. Kind words were not heard often in the house and were a delight to hear on occasions. I was a child yet wanted to run away in a far away fairy land. Thanks to the wandering mind that discovered day dreaming..:-)..As it always came as the biggest respite. 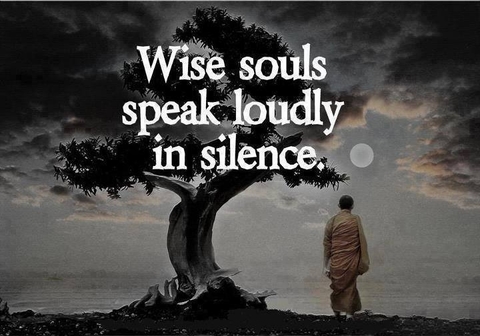 Time and again I felt I lived in a mad house. Not a perfect family, I used to think to myself. But the very fact that I have a family, glued me to them. However broken it seemed at the brink. We still lived together. At times, laughed together. There were days when I hated them all!

Yet they were the ones I felt secured with. They were the only ones I wanted to feel one with. I tried too hard. But I could never fit in. I was always the odd one in the family who stood out.

Something definitely seemed wrong with me! Probably, I was in the wrong place at the wrong time. Was the destiny fooling around with me? Or I was really born dumb. Dumb enough to understand the rules of life.

Happy, sad, laughing, fighting, caring, arguing we made it to our teens and eventually adulthood. The 2 most beautiful people in the family had also started aging gracefully.

I was thrilled for us to have made it till here..Together! Almost like an achievement considering the number of broken families in the time we live by.

Forlornly, nothing much had changed. For change comes from with-in and from acceptance that something’s not working and needs to be transformed.

No one in the house believed that some opinions or attitude that we carried over the years were deformed and needed immediate attention wef Now. Life moved on. People in the housed moved on. I stayed where I was. In a shell of assumptions, dreading to come out. For view from there was far better than getting close to living with it. No one noticed. As if I had ceased to exist.

I was swimming in the ocean of my past as still could not find my way up to the rescue boat. Mistakes were made. It could not be undone in all space and time; because I had been a part of that undesired and undeserved journey. I now grew desperate to reach my soul with the help intended.

With the aim of change enlightenment came along. I read somewhere that only forgiveness can heal the ailing soul. My past would rest in peace and my today will start a fresh. Only if I knew how to forgive someone when they do not seek your forgiveness.

Wired with attachment I decided to cut myself off the entire drama of life. I closed the doors to the world I so much wanted to be a part of; yet had remained unwanted throughout and now even felt unwelcome to.

My soul stepped back in silence. So be it!

Days went by. Forgiving myself; forgiving the ones who did not ask for my forgiveness, forgiving everyone from the past.

And came the day, I felt at peace. It was my first hand experience with peace..:-)..I learned to respond than to react. I was grounded enough to find my roots.

Astounding as it may sound but I was not worried. I was not anxious. I was not intervening with anyone’s life.

I was as free as I was detached.

I was ready to move on; leaving behind, without a guilt, what does not belong to me or where I do not belong.

I found myself only when I found the courage to let go!