Krishna is not a seeker. It would be wrong to call him a seeker. He is a siddha, an adept, an accomplished performer of all life’s arts. And what he says in this siddha state, in this ultimate state of mind, may seem to you to be egoistic, but it is not. The difficulty is that Krishna has to use the same linguistic “I” as you do, but there is a tremendous difference in connotation between his “I” and yours. When you say “I” it means the one imprisoned inside your body, but when Krishna says it he means that which permeates the whole cosmos. Hence he has the courage to tell Arjuna, “Give up everything else and come to my feet.” If it were the same “I” as yours – a prisoner of the body – it would be impossible for him to say a thing like this. And Arjuna would have been hurt if Krishna’s “I” were as petty as yours. Arjuna would have immediately retorted, “What are you saying? Why on earth should I surrender to you?” Arjuna would have really been hurt, but he was not.

Whenever someone speaks to another in the language of the ego, it creates an instant reaction in the ego of the other. When you say something in the words of the “I” of the ego, the other immediately begins to speak the same language. We are skilled in knowing the undertones of each other’s words, and we react sharply.

But Krishna’s “I” is absolutely free of all traces of egoism, and for this reason he could call upon Arjuna to make a clean surrender to him. Here, “Surrender to me” really means “Surrender to the whole. Surrender to the primordial and mysterious energy that permeates the cosmos.”

Egolessness comes to Buddha and Mahavira too, but it comes to them after long, hard struggle and toil. But it may not come to most of their followers, because on their paths it is the very last thing to come. So the followers may come to it or they may not. But egolessness comes first with Krishna; he begins where Buddha and Mahavira end. So one who chooses to go with Krishna has to have it at the very beginning. If he fails, there is no question of his going with Krishna.

You can walk a long way in the company of Mahavira with your “I” intact, but with Krishna you have to drop your “I” with the first step; otherwise you are not going to go with him. Your “I” can find some accommodation with Mahavira, but none with Krishna. For Krishna the first step is the last; for Mahavira and Buddha the last step is the first. And it is important for you to bear this difference in mind, because it is a big difference, and a basic difference at that.
Osho, Krishna: The Man and His Philosophy, Talk #3

It is really arduous to understand Krishna. It is easy to understand that a man should run away from the world if he wants to find peace, but it is really difficult to accept that one can find peace in the thick of the marketplace. It is understandable that a man can attain to purity of mind if he breaks away from his attachments, but it is really difficult to realize that one can remain unattached and innocent in the very midst of relationships and attachments, that one can remain calm and still live at the very center of the cyclone. There is no difficulty in accepting that the flame of a candle will remain steady and still in a place well secluded from winds and storms, but how can you believe that a candle can keep burning steadily even in the midst of raging storms and hurricanes? So it is difficult even for those who are close to Krishna to understand him.
Krishna: The Man and His Philosophy, Talk #1

You cannot judge from the outside whether a man is wise or foolish because sometimes their acts may be the same.

Krishna says in the Gita to Arjuna, “Fight, but fight with absolute surrender to God. Become a vehicle.” Now, to surrender means absolute awareness, otherwise you cannot surrender. Surrender means dropping the ego, and ego IS your unconsciousness. Krishna says, “Drop the ego and then leave it to God. Then let his will be done. Then whatsoever happens is good.”

Arjuna argues. Again and again he brings new arguments and he says, “But to kill these people – innocent people, they have not done anything wrong – just for the kingdom to kill so many people, so much violence, so much murder, so much bloodshed…how can it be right? Rather than killing these people for the kingdom I would like to renounce and go to the forest and become a monk.”

Now, if you just look from the outside, Arjuna seems to be more religious than Krishna. Arjuna seems to be more a Gandhian than Krishna. Krishna seems to be very dangerous. He is saying, “Drop all this nonsense of being a monk and escaping to the Himalayan caves. That is not for you. You leave everything to God. You don’t decide, you drop this deciding. You simply relax, be in a let-go, and let him descend in you and let him flow through you. Then, whatsoever happens…. If he wants to become a monk through you, he will become a monk. If he wants to become a warrior through you, he will become a warrior.”

And the foolish person lives in unconsciousness. Even if he tries to do good, in fact he succeeds only in doing bad. 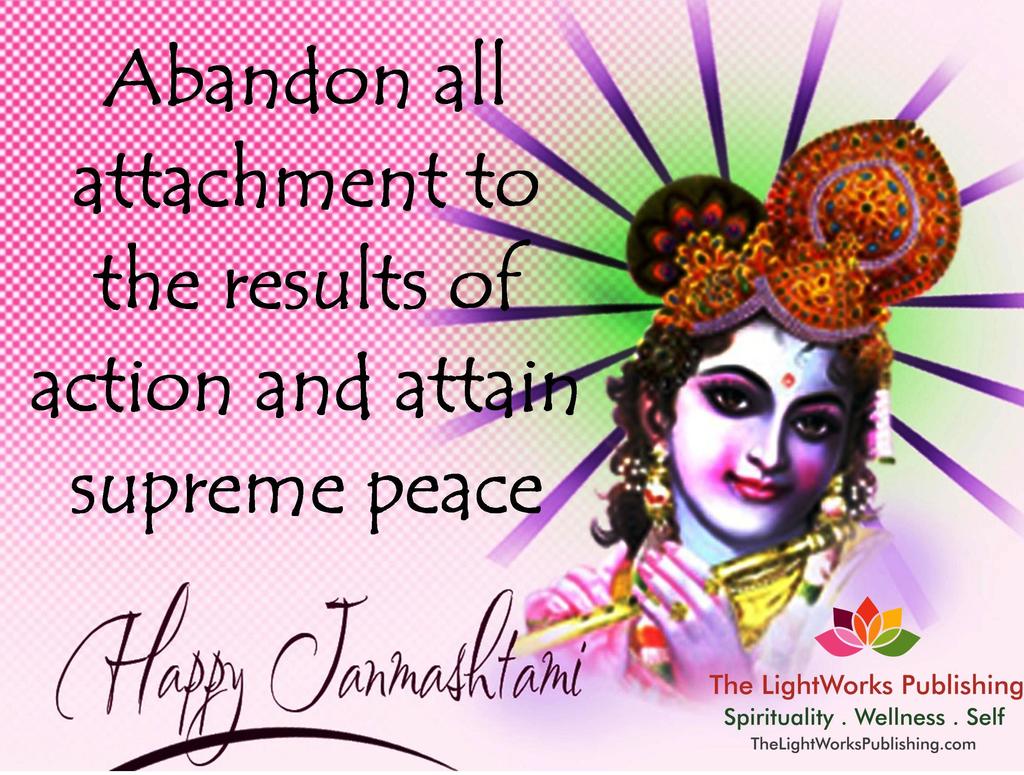