Generation and the GAP 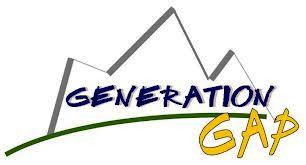 I was pushed into writing this article as an aftermath of attending a Parenting seminar, where I had the opportunity to interact with parents of teenagers. The flow of conversation was in the form of complaints about raising teenagers (as was expected). “ I am becoming a monster these day, handling tantrums”, “It’s always a NO everything “I really detest that scorn on the face all the time”, “ Has respect become obsolete with the current generation?”

I could see that each parent was only adding one more items to the list of grievances. Intrigued, I took the help of uncle Google to see what Internet savvy parents had to opine - the search result wasn’t much different... it was mostly about how to… handle tantrums, getting your teen to clean their rooms, handle behaviour that is rebellious or aggressive, problematic adolescents , defiant tweens, out of control teenagers, make them more responsible etc…

The struggle that I see each day as a Parenting Coach, is food for thought. This got me thinking, and I concluded that what we need today is to look at the problem in a different light.

Parental Expectation and Pressures “My second son is almost 13 year old and still doesn’t do his homework unless scolded into his study” says Ms. Mala a mother of 2 teenage sons Parenting teenagers is quite a balancing act, like walking on ice. Because parents love their children and want only the best for them, they worry excessively about them, and one of the things that parents agonize about most is whether their children are hitting age-appropriate targets for behaviour. Shouldn't a child be toilet trained by the age of 3? Shouldn’t a 10-year-old to be able to sit down and do an hour of homework alone?

Often parents live their dream through their children and this is when the conflicting pressure mounts. Expecting the teenager to excel in academics, be the child of their outlook – well behaved, responsible for themselves and sometimes for their younger siblings and bring in accolades from extracurricular activities - is in itself enough pressure.

Every significant other adult around the teen is attempting to mould him / her into some acceptable shape. Even though elders do not push their views down their throats, they are still under a lot of strain because of the plethora of suggestions given and the defeating panic of failure. Frequently, teens arrive at decisions which conflict with their own skills or fields of interest. Amid such hectic activity, the seeds of restlessness, anxiety, fear of failure, unbearable stress is all planted.

An age of transition, I see teenagers as those struggling to find a place in society, be recognized by their peers and be accepted for what they are by their parents. The media is vividly preaching that it is okay to do anything that makes you feel good, just like oxygen all around them. You are cool only if you have ‘the happening things’ is what is shouted from housetops. The shows on television for this age group say all is fair in teenage - be it bullying, premarital sex, aggressive / violent behaviour, breaking rules.

What exactly is the teenager learning? Is it their fault if they become confused, defiant or out of control teenagers? What is a teen to choose? Who is to blame? Digital divide, The Current Scenario The younger generation has been referred to as being one of "Digital Citizens" while the older generation has been referred to as one of "Digital Immigrants." The digital immigrants, are concerned for the wellbeing of their children, they are terrified that the kids waste their lives with worthless online activities and gaming. The digital Citizens, when confronted by anxious parents often feel misunderstood and alienated by their parents. The digital divide often results in continuous family conflict, breakdown of communication, power struggles, and disharmony. At times, when parents take away the computer or disconnect the Internet, some youngsters have responded with violence towards the computer, themselves or even their parents.

What parents need is a paradigm shift and a clearer view of parenting skills.

 We cannot afford to ignore the duties of raising them up well from the time they are little. Televisions, computers and other gadgets that they spend most of the time with, cannot give them the nurturing that only parents can.

 Build lines of communication that are so strong that your children always look at you as allies and not as enemies. Communicate optimistically and always avoid commands and ‘I told you so’ lines. This will tackle the problem of the out of control teenager.

 Admit to them that you don’t always have all the solutions and answers and you too are not always right.

 Be graceful enough to thank and appreciate them at every possible occasion.

 Be willing to listen to their point of view. Give it a good thought before you garbage it.

 An encouraging and supporting attitude goes a long way.

Most importantly, let them know that you care!

Thank you for reading and being able to connect with my writing. Appreciate it much.

Hi
Not only I liked your article but also liked the terms and the phenomenon discussed( as this Digital divide, The Current Scenario The younger generation has been referred to as being one of "Digital Citizens" while the older generation has been referred to as one of "Digital Immigrants.")is a current parenting problem or the lacunae from parents' education.I always tell my aquaintences ,and clients "be computer literate to understand your children and grandchildren( if not just you need  to have a new skill"
Dr.Rekha Deshmukh
Trainer/Master Facilitator/coach :Soft Skill/behavioral skills/Parenting