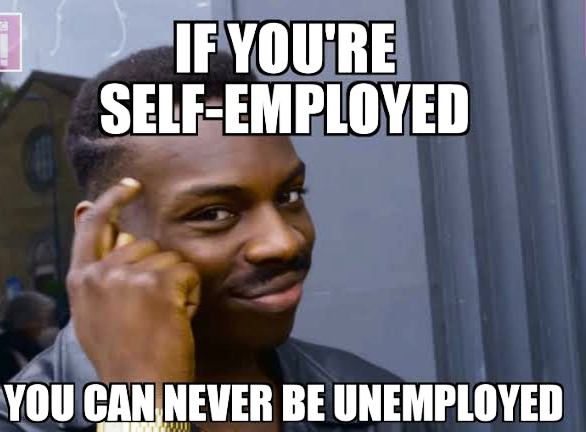 FAULT IS OF THE SUFFERER

The Satsang With Dadashri Commences….
THE FAULT IS OF THE SUFFERER
In nature’s Court

There are many judges in this world, but in the world of karma there is only one natural justice: ‘The Fault Is Of the Sufferer’. This is the only justice. This justice governs the entire universe. The justice of the world is illusionary justice and it perpetuates the worldly life. 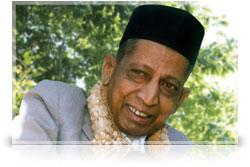 Nature’s law governs this world at all times. Those who deserve merit are given merit and those who deserve punishment are punished. Nothing operates outside the law of nature. The law of nature is completely just, but because one does not understand it, he does not accept it. When one’s understanding becomes pure, he will be able to accept nature’s justice. As long as one has a selfish outlook, justice cannot be seen.

WHERE IS THE NEED FOR SUFFERING FOR THE LORD OF THE UNIVERSE?

The ownership of this world is ours. We are the masters of this universe. Then, why do we suffer? We suffer because of our past mistakes. We are bound by our own mistakes. There is liberation for us, once these mistakes are destroyed. In reality, you are free, but you suffer bondage because of your mistakes.

What kind of justice prevails, when you are the judge, you are the defendant and you are also the lawyer? This kind of justice would favor only you, and so you will rule according to what suits you and you will continue to make mistakes and remain bound. The judge within you points out your mistakes. The lawyer within defends that mistake. In doing so, you become bound. For the sake of your liberation, you should find out who is at fault for this suffering. The fault is always of the one who suffers. In the worldly terms it may be considered unjust, but in God's justice, the fault is of the sufferer. No outside judge is required for God's justice.

People do not have the knowledge of the Reality of this world. They only have the knowledge of ignorance, the relative world, which causes them to wander endlessly, life after life. If someone steals your wallet, whose fault is it? And why is it that only your wallet was stolen and not anyone else’s? Of the two parties involved, who is the one that is suffering now? The mistake is of the one who suffers. I can see this in my Gnan exactly as it is; that the fault is of the sufferer.

SHOULD ONE Tolerate OR FIND A Solution?

People say that one should increase one's level of tolerance, but how long can this last? For how long can one continue to tolerate? Tolerance is limited, whereas solutions found through Gnan are permanent. Gnan is unlimited. This Gnan is such that you do not have to tolerate even to the slightest extent. Tolerance equates to melting steel with one’s eyes. Tolerance requires a lot of energy, whereas with Gnan you remain in bliss and attain freedom without having to practice tolerance. With Gnan, you can understand that your past karmic accounts are being settled and that you are being freed.

If a person suffers, it is because of his own mistakes. If a person enjoys happiness, it is the reward of his good deeds. But the law of the world is such that it accuses the nimit (the apparent ‘doer’ - person who inflicts the suffering). God's law, the Real Law, catches the real culprit. This law is exact and no one can ever change it. There is no law in this world that can inflict suffering upon anyone, not even the law of the government.

If you break something valuable will you experience suffering? And if your son breaks something valuable, you will worry and suffer. If you accept that it is the result of your own past mistake, would you worry or suffer? You create suffering and worries by seeing faults in others. You become frustrated because you feel that you have to endure so much. But if you understand that whatever happens, is the result of your own mistakes then there is no suffering.

Surely there must be some fault of yours that the other person is blaming you. Why not destroy that mistake? In reality, no person in this world can cause hurt to another. This is how independent every living being is. If there is any suffering, it is because of one’s own past mistakes. Once these mistakes are destroyed nothing is left pending.

Questioner: If one understands this science exactly, then all questions will be solved.

Dadashri: This is exactly the way it is. I have concluded this with Gnan, not with my intellect.

WHO IS AT FAULT, THE CULPRIT OR THE VICTIM?


Everyday you read about robberies and theft in the newspapers, but you should not become alarmed or anxious. Thoughts and worries about whether or not the same will happen to you are negative and these are the mistakes that bind you. Instead, why not just live spontaneously and naturally? You will only be robbed if it is in your account of past karma. If it is not in your past karma, then no one in this world can touch you. So be fearless. The newspapers will print anything but you should not be afraid of the news. It should not worry you even if thousands of people were being robbed.

No one has any control over you. And if you do happen to be robbed, all you need to ask is who is the one suffering and move on.

The world is not meant for suffering, it is meant for enjoying. People receive that which is due to them according to their karmic account. Why are some people happy while others are suffering? It is because they have brought such accounts with them.

Many people have written this statement: ‘The Fault is of the Sufferer’ in large print, on their walls at home, so that they would be reminded of who is at fault whenever they experience any suffering.

If a man remembers this sentence throughout his life and applies it to his life’s circumstances with the correct understanding, he would not need a guru. These words alone will take him to moksha (final Liberation).

‘The fault is of the sufferer’ is a great sentence. It occurred to me spontaneously when the time was right. It is so powerful and has so much meaning, that one can write a book on it.

This sentence solves half the puzzle, and ‘Scientific circumstantial Evidence, (Vyavasthit)’, solves the other half. If you are suffering, it is because of your own fault. No one else is to blame. From the worldly perspective, the one who inflicts pain is at fault, but God’s law says that the fault is of the sufferer.

Questioner: But will not the one who inflicts pain also have to suffer one day?

Dadashri: He will be considered at fault the day he suffers, but today your fault has caught up with you and that is why you are suffering.

Dear,        Yes, what you say is right,  I had one question ,  how we vanish the past our own faults which are creating or making the faults with knowingly or unknowingly.  now i how to  free from our faults,which are did in past life or present life( child hood,young age,).  please give the way or suggession  me.

Thanks Sandeep. Its worth sharing with others

Thanks, Sandeep; am sharing with friends.
In Love, Light and Gratitude

Comment by meeti batra on October 18, 2010 at 6:53am
how can v relate dis to earlier artcl of existing n non existing world

Founder Comment by Sandeep Goswamy on September 16, 2010 at 9:36am
Dear Kavita, When i read this for the 1st time I was in a similer zone but when went through the whole thing It started opening new doors and the whole thing took a new meaning :-) I suggest you read the whole thing by clicking on the link below http://www.dadashri.org/faultisofthesufferer.html

Comment by Kavita A. Sharma on September 16, 2010 at 9:26am
but if you accept this, you will never try to change the outward circumstances or do any good to anybody. if the fault is of the sufferer why should anyone do anything to make things better for him. the answer could be that it will add to your good karmas. however that is a rather selfish motive for doing anything. what happened to the tradition of compassion or karuna?

Comment by Ritika Soni on September 14, 2010 at 5:45pm
Great . i think i will read this all the time i log in or whenever i feel low.
This is absolutely correct and i have understood it completely but i need to read this until these questions completely fade.

Founder Comment by Sandeep Goswamy on September 13, 2010 at 11:17pm
http://www.dadashri.org/faultisofthesufferer.html