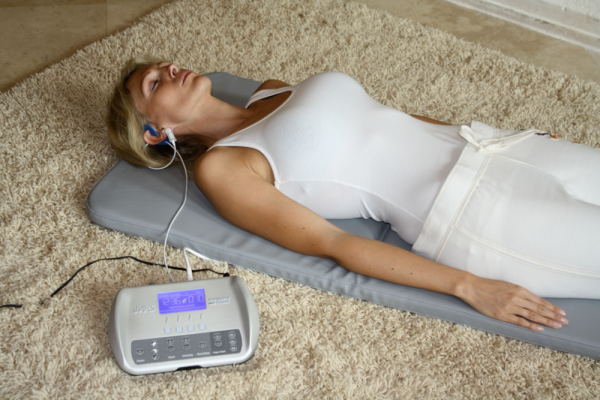 Good health is one thing in which each and every one of us strive—it implies living much longer, much better life. Working towards good wellbeing is a regular process, and it entails both mental and physical maintenance. (PEMF)  Pulsed Electromagnetic Field therapy will keep your body in order, helping to wash away…

Osho on Marriage and Friendship 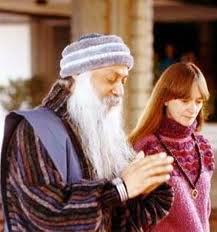 Question : Why is it so difficult for men and women to be Friends? It Seems so ordinary, and turns out to be almost Impossible. Either there is an ugly compromise -- like man and wife -- Or else Passion that eventually turns into Hate. Why is There always ugliness between men and women? 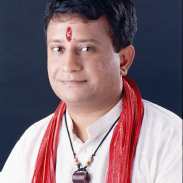 Akshaya Tritiya falls on April 24, 2012 this year.  Akshaya Tritiya is recently associated with buying of Gold. But few of us understand the significance of this auspicious day.

Akshaya Tritiya has a very rare celestial combination, because of which a “sacred energy field of a…

There are many types of women in our society, but the one that cries out for the healing the loudest is the Wounded Female Warrior. You long to transform yourself into the Goddess, even though you might not use those words to describe your longing.

Who is the Wounded Warrior?

The Wounded Warrior is powerful, independent, self-reliant and successful -- because you have to be. Yet, you resent all of the responsibility and obligation that goes with your role. You are the only… Continue

In the Hands of Destiny - A Zen Story

A great Japanese warrior named Nobunaga decided to attack the enemy although he had only one-tenth the number of men the opposition commanded. He knew that he would win, but his soldiers were in doubt.

On the way he stopped at a Shinto shrine and told his men: "After I visit the shrine I will toss a coin. If heads comes, we will win; if tails, we will lose. Destiny holds us in her hand."…

Soyen Shaku, the first Zen teacher to come to America, said: "My heart burns like fire but my eyes are as cold as dead ashes." He made the following rules which he practiced every day of his life. 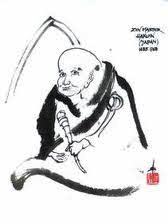 Once upon the time there was an old farmer who had worked his crops for many years. One day his horse ran away. Upon hearing the news, his neighbors came to visit. “Such bad luck,” they said sympathetically.

“May be,” the farmer replied.

The next morning the horse returned, bringing with it three other wild horses. “How…

OSHO, I SIMPLY CANNOT UNDERSTAND YOUR GENERALIZATIONS ABOUT MALE AND FEMALE TYPE. SOMETIMES YOU ACKNOWLEDGE MALE AND FEMALE PRINCIPLES REGARDLESS OF GENDER. BUT MOST OF THE TIME YOU TALK OF WOMAN BEING THE "PRIMITIVE" ONE, FINDING…

Unfortunately, just before you take your first step on the righteous journey to pursue your dreams, people around you, even the ones who deeply care for you, will give you awful advice. It’s not because they have evil intentions. It’s because they don’t understand the big picture—what your dreams, passions, and life goals mean to you. They don’t understand that, to you, the reward is worth the risk.

So they try to protect you by shielding you from the possibility of failure, which,… Continue

Osho : I am reminded of a Sufi story.

A great emperor asks his wise men to give him a mantra of such a type that it can be used in any dangerous, fatal situation – Any Advice is always particular, and he wants a mantra, an advice, the essence of all wisdom, so that it can be used in any situation whatsoever, whenever there is danger. The wise men are very confused, very disturbed, and in a deep anguish. They cannot find such an essence of all wisdom.

Then they go to a Sufi… Continue

“Self Realization has nothing to do with realization of a self. It has to do with the realization of the illusion of ignorance.” Shri Ramana Maharshi
The Core Empowerment Training is a 5-Day Retreat inspired by the Jnana Yoga tradition and developed by Dr. Paula Horan (see biography). The
purpose of Jnana Yoga, is to help you Realize The Freedom That You Are,
by assisting you in experiencing your own true nature.…

FAULT IS OF THE SUFFERER

The Satsang With Dadashri Commences….
THE FAULT IS OF THE SUFFERER
In nature’s Court

There are many judges in this world, but in the world of karma there is only one natural justice: ‘The Fault Is Of the Sufferer’. This is the only justice. This justice governs the entire universe. The justice of the world is illusionary justice and it perpetuates the worldly life.…

A letter from Dr. Paula Horan

Dear Friends and Colleagues,We all need to be able to adapt quickly to the monumental changes which are imminent. To affect the transformation in the easiest way possible, we need to reach a critical mass of individuals (8 – 11% of the earth’s population) who are no longer controlled by an ego/fear-based motivation. In order to accomplish this,… Continue

Who Are The NewAge People?

People who take conscious responsibility of their own lives without blaming others for their problems.
People who deliberately decide to learn and grow.…
Continue

You may NOT believe it but it's Director Shekhar Kapur's experience!

Please do read.
A Blackberry addict discovers grassroots enterprise in India
A greater ‘hole in the wall’ you cannot imagine. A small fading sign on the top saying “Cellphoon reapars” barely visible through the street vendors crowding the Juhu Market in Mumbai. On my way to buy a new Blackberry, my innate sense of adventure (foolishness) made me stop my car and investigate. A shop not more than 6 feet by 6 feet. Grimy and uncleaned.
‘Can you fix a… Continue

Who Is A Real Friend ?

Q: Beloved Master, I have many friends, but the question: who is a real friend? This always arises in my mind. Will you say something about it?Osho : Satyam, you are asking from the wrong end. Never ask, "Who is my real friend?" Ask, "Am I a real friend to somebody?" That is the right question. Why are you worried about others - whether they are friends… Continue

Is suffering inevitable, avoidable, meaningful, neurotic, or the only path to growth? I'd say it could be any of the above, depending on its origins and how we respond to it.


Some people find meaning in their suffering. They find some purpose in what they are going through and then they experience the suffering in a much more positive way. This requires a fairly spiritual
outlook on life, a sense that there is more at work than the…