Panic attacks can occur to any one at any time. Some people suffer from on-going panic while others may experience a sudden burst. Extreme panic can manifest into panic anxiety dis-order, illness, phobias and inability to function day to day.

Panic can be felt as a sudden sensation of fear which is so strong that it can dominate or prevent reason and logical thinking. With panic, overwhelming feelings of anxiety and frantic agitation take-over. These over-whelming feelings are consistent with an animalistic flight or fight reaction. Panic may occur singularly in individuals or manifest suddenly in large groups as mass panic Have you ever panicked - may be when you pressed the delete button on your computer and lost your data or had a bill to pay and was not sure where the money was going to come from? Or may be you were scared you were going to get found out for something you did. It could even be fear of being diagnosed with an illness or before a blood test.

I have experienced temporary as well as extreme panic. Recently I experienced extreme panic after I ruptured my ankle ligament and was placed in a plaster cast. Feeling the heavy plaster on my foot and not been able to move it filled me with panic and anxiety. I kept imagining all the things that could go wrong and it was like my mind was taken over with fears and I could not control anything. Have you ever felt like that or know someone who has felt like that?

In some cases there may not seem to be clear reason as to what causes panic attacks - it just seems to occur.

Very often causes of panic attack can be traced back to a time in the person’s childhood where they might have gone through a traumatic incident. This incident becomes trapped in the memory of the person and in their adult life when something happens that is similar to that incident; it brings about a panic attack.

These incidents can be something major like a parent’s death, parents divorce, verbal or physical abuse, being humiliated or being made fun because you’re poor, fat or were disabled in some way.

Another cause of panic attacks may be due to heredity. Studies show that people with family members such as parents, grandparents or even uncles or aunts who have had panic attacks are more likely to have it themselves.

People with chronic phobias are also prone to panic attacks such as fear of enclosed areas, fear of creepy crawly animals or stage fright. Until they actually experience these occurrences, the individuals themselves may not have not known that they have such a phobia in the first place.

For people who are afraid of heights for example, if they suddenly look down from a ten storey building, this might trigger a panic attack. For those suffering from fear of open areas, just stepping out into a shopping mall may cause an anxiety attack.

Stress is considered to be one of the main causes of panic attacks. Stress can appear in many forms and when it gets too much it can just snap into panic, for example:

I have personally used Emotional Freedom Techniques (EFT) to treat my own panic as well as when working with client's or t. EFT is clinically proven to lower stress, anxiety, tension, cravings, depression, phobias, negative emotions as well as traumatic memories or events. With panic at times I have to work step by step and pace it to the needs of the client. For example for one of my client's (let us call him John to maintain privacy). He came to see me because he could not drive, he had stopped going to the mall (shopping area) and would rarely leave the house. It was too traumatic for John to be reminded of the panic and when and how the panic occurred. So we worked in a very gentle and private way using keywords, pictures and metaphors to get to the root cause. These advanced EFT techniques enabled John to feel safe and at the same time start to heal the anxiety and the panic as well as get to the root causes of the anxiety.

In John's case the root cause was as child when he felt unloved and grew up with a lack of affection. This was compounded by the younger John being scolded and made to feel un-safe. This lack of safety and affection developed into a hyper-vigilence - like being always switched on and looking around for what is happening next.

With the EFT advanced techniques used we were able to establish a direct communication between John's conscious and unconscious mind, empty out the stored pain, gain a bigger perspective of what happened and finally come to peace with the past. Now John is able to drive to work, feels much more relaxed and is able to lead a "normal" life again. From time to time John gets slight sensations of fear or anxiety and in those moments he just applies the EFT techniques and gets immediate relief. If you are drawn to learn the EFT techniques to work with panic, anxiety, fears or tension Vitality LivinG College is running its next EFT workshop in Delhi Feb 23rd - 26th 2012. http://thenewagefoundation.org/events/emotional-freedom-technique-a.... The training will be delivered by myself, founder of Vitality Living College and Trainer of Trainers,

During the 4 days you will learn the following ways to work with fear, panic or anxiety:

Our free book on EFT can be downloaded from http://www.vitality-living.com/EFTIndia.html. 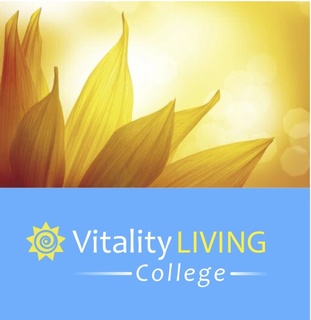 Book onto our courses to learn the skills to use on yourself or to become a professionally qualified as a practitioner, coach or trainer.